Jamie’s kicking goals with the team

Recently promoted to Construction Manager, Jamie Vlatko has made his mark at Paynter Dixon (PD).

In the past eight years, Jamie has served as Project Manager across a diverse range of projects, from new clubs and showrooms, to school halls, community centres and aged care residential living.

“Flexibility is the key to building relationships in project management,” says Jamie.

“From CEOs to the cleaner on site – getting the most out of people is dependent on communication and establishing a rapport.”

Born in Maitland, Jamie and his family moved to Cobar and then Adelaide where his father worked in local government. After completing school and degrees in Construction Management and Economics, Jamie landed a job in construction.

With family on the move, he relocated to Sydney and found work in estimating and interior design. Unsatisfied with this direction, he seized an opportunity to meet with senior personnel of PD. A job offer soon followed.

Today, Jamie has numerous projects on the go. Having worked on the design and construction of the award-winning Club Parramatta, he is now overseeing a multi-level inground carpark next to the Club itself.

“It’s rewarding to execute a detailed project from the ground up. Problem solving is an opportunity to shape the outcome.”

With the site adjacent to the world-heritage listed Parramatta Park, an archaeological consultant was brought on to look for Aboriginal and historical artefacts. Managing a large team of contractors, Jamie meticulously staged works to comply with the fine-tooth process of multiple site excavations.

“When an issue presents itself, it’s vital to communicate the significance of the work and find common ground. The ‘why’ is a powerful motivator of people, whether it’s a small fit out or a large-scale development.”

Jamie also seeks involvement in community-based projects. In recent years, this work has included the upgrading of amenities for Cerebral Palsy Alliance, and the delivery of a new residential aged care community in the Hunter region.

“There is a real sense of accomplishment in delivering projects which improve the quality of life. I’ve always felt PD is a bit different on that front. It’s the way we work with clients to help improve their business.

“We won’t hand something over until it meets their [client] expectations – and our standards.”

Jamie’s team awareness stretches back to boyhood and a passion for AFL. “My Grandfather, Dad, and brothers – we all played footy and it’s in our blood.”

The 38-year-old has played in the premier division of the AFL Sydney Competition for over a decade. The goal-kicking forward has played in three premiership-winning sides and was the leading goal scorer for the East Coast Eagles for a number of seasons.

As another season draws near, the proud father of two is philosophical about the future.

“I’m not sure how many games I have left. Whether playing or coaching, I’ve always appreciated the team environment and that’s something I carry with me.”

When asked how long he’ll stay with PD, Jamie responds with trademark composure. “As long as they’ll have me.”

(Below and bottom) Jamie and brothers with the East Coast Eagles, and kicking goals with the North Shore Bombers. 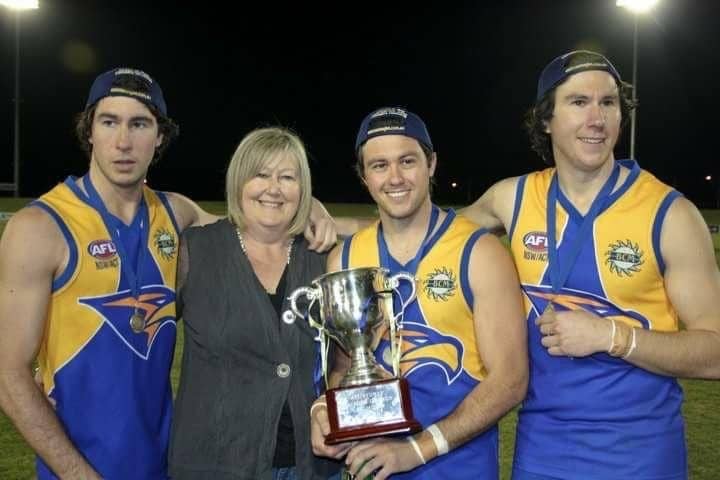 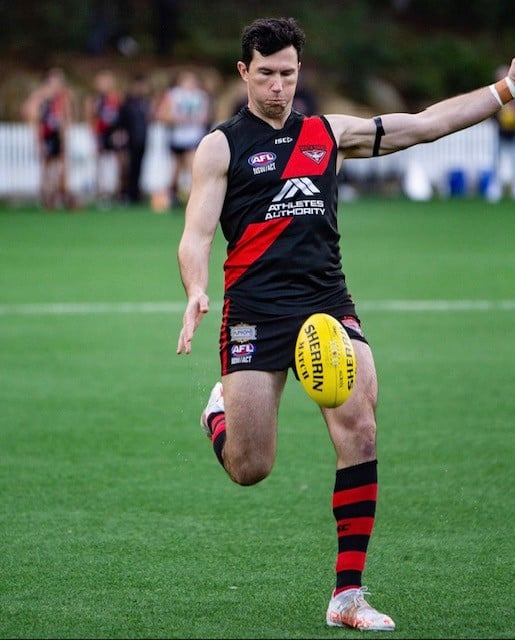 Are you dedicated to design and construction?  If you think you’d like to work at Paynter Dixon, send your resumé to careers@paynterdixon.com.au.