Climbing the challenges of a career in engineering 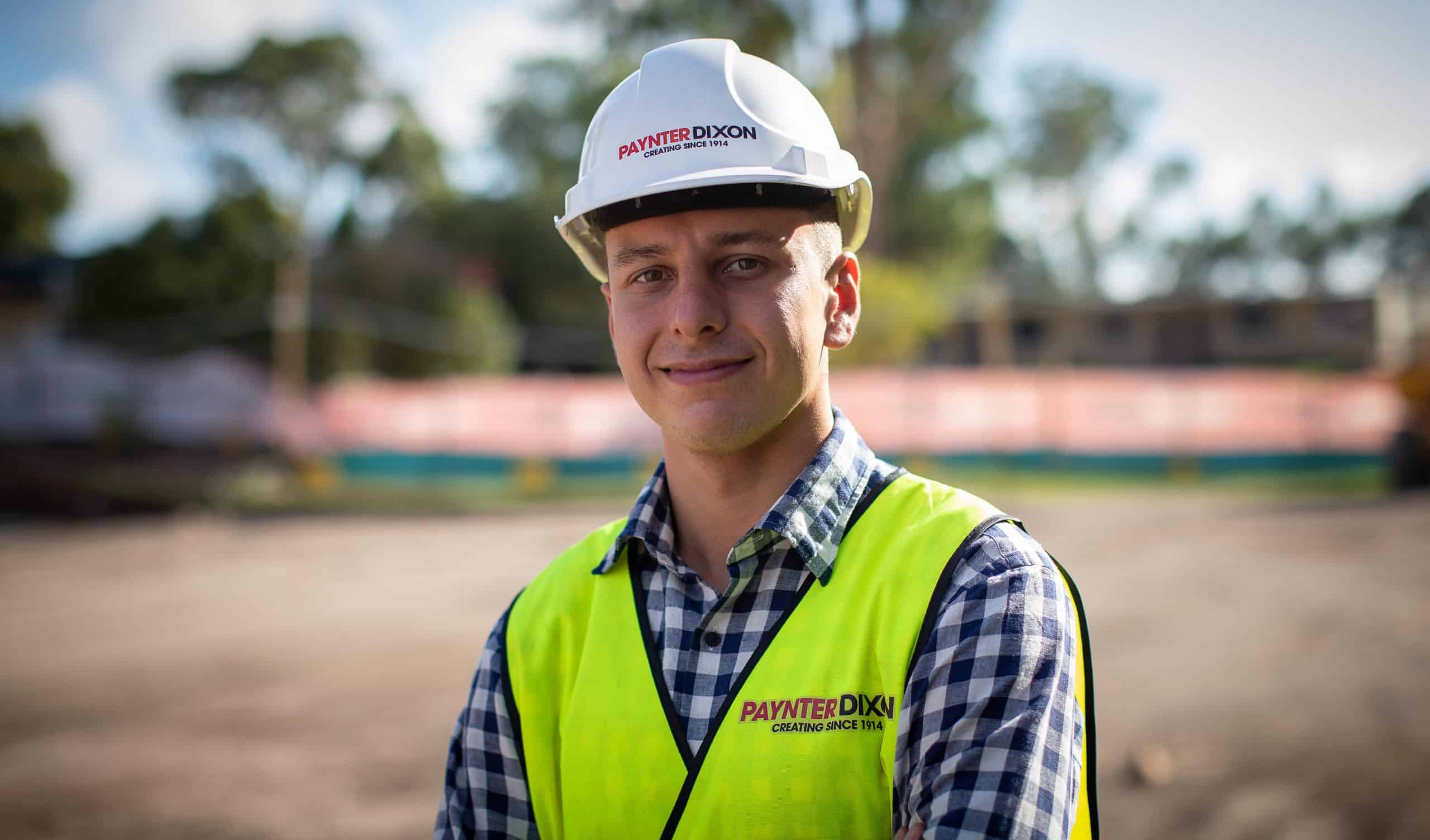 Nicholas Filla loves a challenge, so it is no surprise to find him rock climbing on the weekends.

But he’s just as passionate about developing his career.

And there’s no more testing institution than the Australian Defence Force Academy (ADFA) in Canberra.

Nicholas is completing a degree in Civil Engineering and has also completed his officer training at the Royal Military College (RMC), Duntroon.

Paynter Dixon is partnering with the Australian Army’s 19th Chief Engineer Works which runs a summer work experience program for its undergraduates.

Nicholas believes there is nothing better than learning skills on the job.

He grabbed the chance to join the Paynter Dixon team starting work on a major construction project at Norwest Christian College in the heart of Riverstone.

The early mornings are no problem for Nicholas, but he appreciates the military-like coordination of a building project.

“I have learnt a lot about the people management side of a project, especially with the sub-contractors and coordinating of all that and synchronizing everything so it pans out smoothly,’’ Nicholas said.

‘’It is nice to get out of the classroom and learn things on the job.

“Everyone’s been great here on-site, always willing to give me a hand and teach me what they can.’’

Nicholas will return to ADFA to complete his studies this year.

“There is such a wide variety of career opportunities in the army, but I am hoping to do several years in the construction industry,’’ he said.

Paynter Dixon plans to continue its participation in the Army program in the years to come.