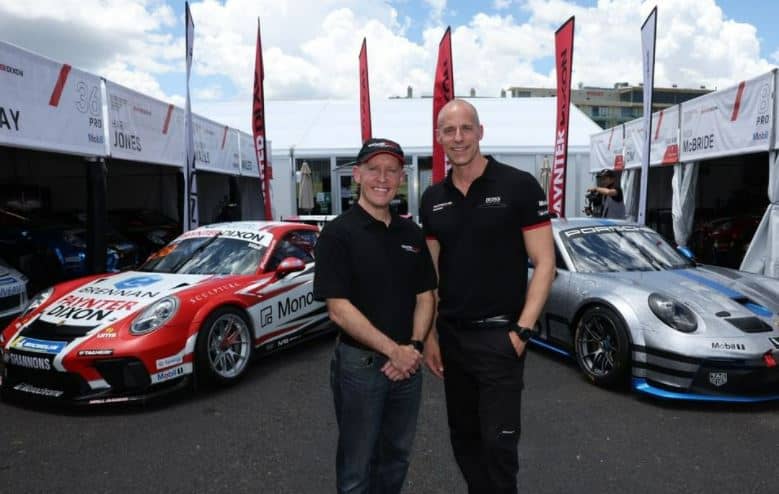 Porsche Cars Australia (PCA) is excited to announce that Title Partner, Paynter Dixon, will again partner with the Carrera Cup Australia Championship for the 2022 and 2023 seasons. This brings the total to five consecutive seasons that the Australian property conglomerate, utilising both the PAYCE and the Paynter Dixon brands, has been the naming rights partner for the premier one-make series (in addition to their support of a range of drivers within the national Championship.)

Since the redevelopment of Carrera Cup Australia in 2018 and the introduction of the Porsche 911 GT3 Cup (Type 991.2), the series has grown to new heights, reaffirming its position as the premier support category for the Repco Supercars Championship and regularly witnessing fields of up to 26 cars this season, with a grid of over 32 already locked in for the 2022 season.

The success of the Championship in recent years has seen it grow all areas of the program through the increased support of its traditional sponsorship base to include a strong portfolio of local partners. This additional support allowed the development of a range of key programs and increased incentives for the Carrera Cup drivers and teams.

The results have produced high-profile, star-studded grids in both classes, as well as a world class junior development programme with the Championship continuing to provide a great environment and value for all its competitors and partners.

PCA CEO & Managing Director, Daniel Schmollinger: “We are thrilled to make this announcement ahead of what will be Carrera Cup’s strongest season next year. Paynter Dixon’s commitment to the series for a further two years reaffirms this and is a great example of the relationship we have built with them and environment we’ve created within Carrera Cup for our partners.”

“I’m certain this will only continue to grow into the future with the arrival of the 992 generation next season. The growth in our grids size over the last seasons is another validation of the level of support, we’ve as a result been able to offer to our teams and drivers, which is being realised across the Australasian region. This year, Paynter Dixon’s support also extended to two of our Mobil Pro cars in the form of David Wall and Craig Lowndes.”

“The best testimony of Paynter Dixon’s belief in our series though, was most evident in 2020, during the first COVID-19 pandemic lockdown, as their support – together with that of all our partners – never wavered, despite no events taking place. They were all fully committed and supported us until racing could commence again.”

Paynter Dixon Executive Chairman, James Boyd: “Paynter Dixon is delighted to partner with the Carrera Cup Australia Championship for the coming two seasons. Our relationship with this outstanding series reflects a long-standing commitment to motor racing in Australia.

“Once again, it’s extremely pleasing to see the continued alignment of Paynter Dixon and PAYCE brands, maintaining a strong and familiar presence in this the premier support series.

“It’s also rewarding to see the Championship nurture further career opportunities for Carrera Cup drivers and teams, taking Australian motoring expertise to a global stage. We are excited to continue the journey ahead with Porsche the seasons ahead as the Cup delivers world-class racing.”