It was a day that started in the pre-dawn chill and ended at 10.30 pm with the closing of site gates.

The site team for Club Parramatta car park oversaw a concrete pour of 590 cubic metres, marking a construction milestone for the large-scale project.

The ‘topping out’ slab of the 3-level, inground building involved 85 concrete trucks and 72 workers on site.

Watch the action in our time lapse video below.

Traffic control, labour management, quality assurance – and above all, safety – underpinned success on the day. Precision planning was vital to coordinating access of the Parramatta CBD site. Two concrete boom pumps were set up, with a two-truck feed per pump, and four trucks on site at any given time.

“We are nearing the completion of stage 1 which will see the car park operational for interim occupancy,” says Jamie Vlatko, Construction Manager.

“The following stage will involve connecting the car park to the Club, relocating the site entry point while also constructing the walkway, porte-cochere and remaining aspects of the fit out.

“This concrete pour was a significant milestone and is testament to the teamwork and determination driving this project.”

Paynter Dixon’s involvement began with delivery of the new Club Parramatta venue, formerly Parramatta RSL, before proceeding to construction of the car park. 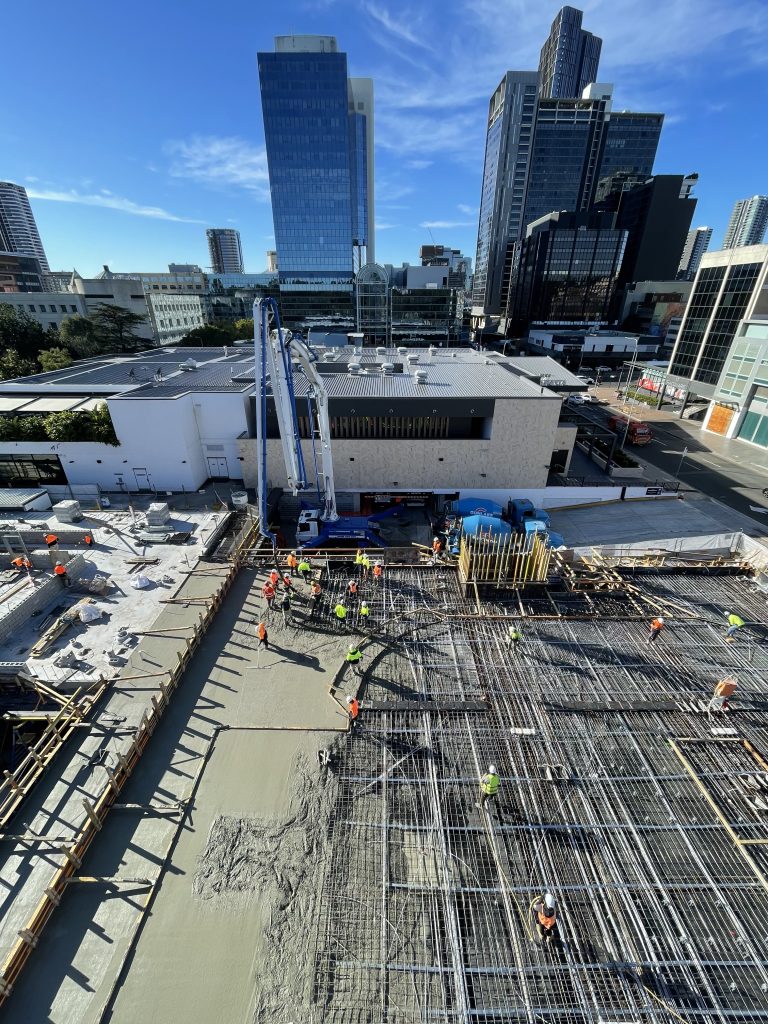